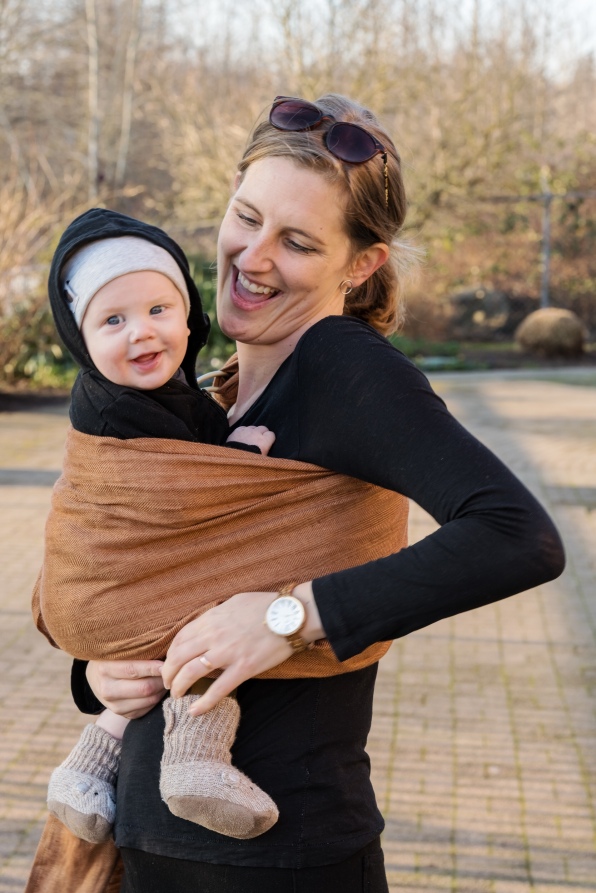 If I wasn’t an intelligent, educated person who understands the irrefutable science behind the passage of time  I would swear to you that there was absolutely no friggin’ way that six months had passed since I brought this baby boy into the world. It feels like it happened so recently and it’s so fresh in my mind that I can’t really believe it. The only reason I do believe it is because I’ve been awake for almost all of the hours in those six months and have had ample opportunity to witness the passage of each blurry, chaotic day and each painful midnight hour.

But here we are, six months and many, many cups of coffee into his young life, and my relatively new life of a mother of two. After Hennie was born I documented her growth and development like clockwork on this blog. With my second born I am just now sitting down to think about his life thus far, and here is what I have learned about him, about myself, and about being a parent of two (!!) kiddos for half a year.

Having two has been such a big learning curve for us both but our Wellsy Boy feels like he fits into our family so seamlessly and I can’t wait to see his personality emerge a little more over the next half of his first year!